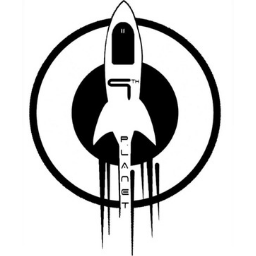 TAKING ARTIST TO THE NEXT LEVEL.

Growing up in a city known for being racially and culturally homogenous, the duo (pronounced: "Four Ternity") of 26-year-old Tay Krew (born: Ashton Taylor Muir) and 27-year-old Lake God (born Kevin Henry Knox) often felt like outsiders. "I'm the first African American male in my family. Ever," says Tay Krew. "It had its challenges but definitely builds moral character. You end up developing a tough skin." For Lake God, being biracial had violent implications during formative years in rural Georgia. "The racist mindset is still there. Lynchings still happen. All kinds of messed up stuff. I was treated really different." He remembers an especially harrowing experience when white and black children bullied him and hung him from the side of a church. "It changed my life. I felt really alone. It's something we've both experienced."Utah is known for the influence of the Mormon church. Neither says that he practices but they are familiar with its customs. "We have family in the Mormon church," says Lake God. Both add that their families are extremely proud and supportive. "They love him like he's one of theirs and vice versa," shares Tay Krew.Music was solace from the outside world and both drew from inspiration from diverse sources. Lake God cites rock band Imagine Dragons as integral--especially 2014’s "Radioactive" remix with Kendrick as well as the Notorious B.I.G. while Tay Krew loved Drake and The Weeknd. For the former, dance would also be an escape (He went viral with his rendition of the "Dougie" on YouTube and even scored a spot on World of Dance) and the latter was a child actor that appeared in High School Music 3 as an extra. A mutual friend introduced the two but they didn't immediately hit it off due to teen hubris. "We both had big heads," Tay Krew laughs. "But once that enemy turned friend? We're bonded for life."By 2013, the bond was strong and they began releasing music online, including covers of tracks like Drake's "The Language". An indie production contract followed, which turned out to be a bum deal that shelved them for a few years. In 2017, Lake God earned major label interest as a solo artist. But on the precipice of signing, he realized he needed his other half. "It's like in the movies. You get to success and it's not the same without your friend," remembers Lake God. The duo reunited and caught the attention of Team80, the imprint created by multi-platinum producer Sharif "Reefa" Slater and veteran music exec Eugene "Eighty" Sims. "From their talent to their understanding of how to make music to their style, 4Ternity's got it," says Slater. "They're ready to go." Their first single, 2017’s "McFlurry," displays their musical chemistry and propensity for fun. 2018’s party-anthem "Bag Alert" (1.5 million streams) and "No No No" eventually earned them a major label deal with Island Records in May 2019.With literally hundreds of tracks recorded together, 4Ternity is putting the final touches on their forthcoming project, P.S. We Made It. Expect high-octane tracks like "20 Thousand" (inspired by a trip to a strip club in Atlanta) and "Bust Down" as well as more introspective fare like "Cheap Trills," which delves into the ills of fame, over beats by Reefa. "We want people to feel where we're coming from and to emotionally connect with us," says Tay Krew. For the rappers, this is a love letter not only to their fans but to their hometown."We paved our own way," sums Lake God. "Now that we're here, we're letting everyone know that you can make it too."